New Scoreboard and Sound System for the Herb Hockey Center 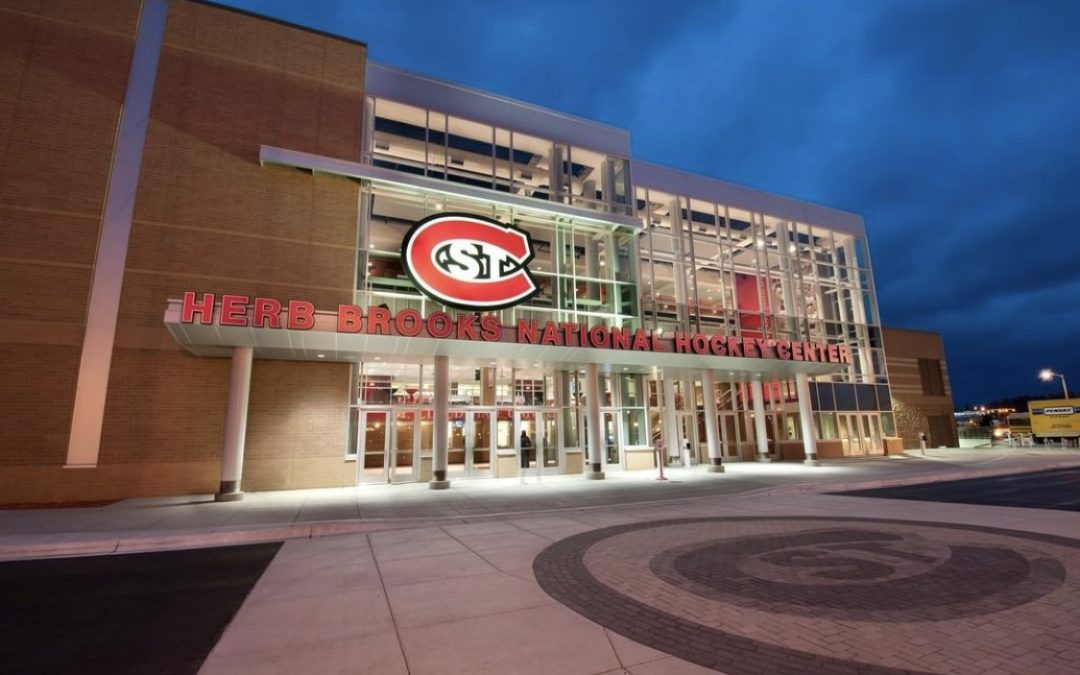 The Herb Brooks National Hockey Center at St. Cloud State University will be upgrading the scoreboards and sound system.

Fans and athletes are happy to hear this news since the last renovation of the Herb was in 2013. The 2013 renovation included a new atrium, private suites, and locker rooms.

Emma Polusney, a member and captain of the women’s hockey team, said, “From a players perspective having the music before the game is crucial to our energy on the ice because nothing gets us more pumped up to play than music”. Plusney also said, “A new scoreboard and sound system has been needed for some time now”. Due to these improvements, Polusney says that it is one of the last updates the building needs to be seen as one of the best rinks in Minnesota.

Not only will it bring excitement to the athletes but also to the fans and facility workers. It will add to the experience as a fan by having clearer sounding music and exciting graphics on the new screens. These factors will change the atmosphere for the fans by creating excitement to see the new improvements resulting in attending games next season. Also, by updating the controls, the facility will be able to have newer technology. This creates more opportunities in regards to graphics and sounds as well as making it easier to control.

This improvement was made possible by the success of the Unleash the Future campaign, which has raised $34.9 million so far. This surpassed the initial goal of $32 million. This campaign also was able to fund the weight room renovation last year. It is important to recognize and give gratitude to those that have donated for St. Cloud State students to be more successful. Also to bring awareness to the campaign in order to continue to have the funds to improve the school. In order to give, visit unleashthefuture.stcloudstate.edu/ways-to-give.

No further information is available until mid-April or May, due to the facility planning manager not being prepared to speak publicly at this point in the process. Although, it is known that phase one improvements are moving forward.

However, the excitement of a new scoreboard and sound system is already here. Updates are to come, once more information is available.