Remaining On Top: A look into the men’s wrestling season 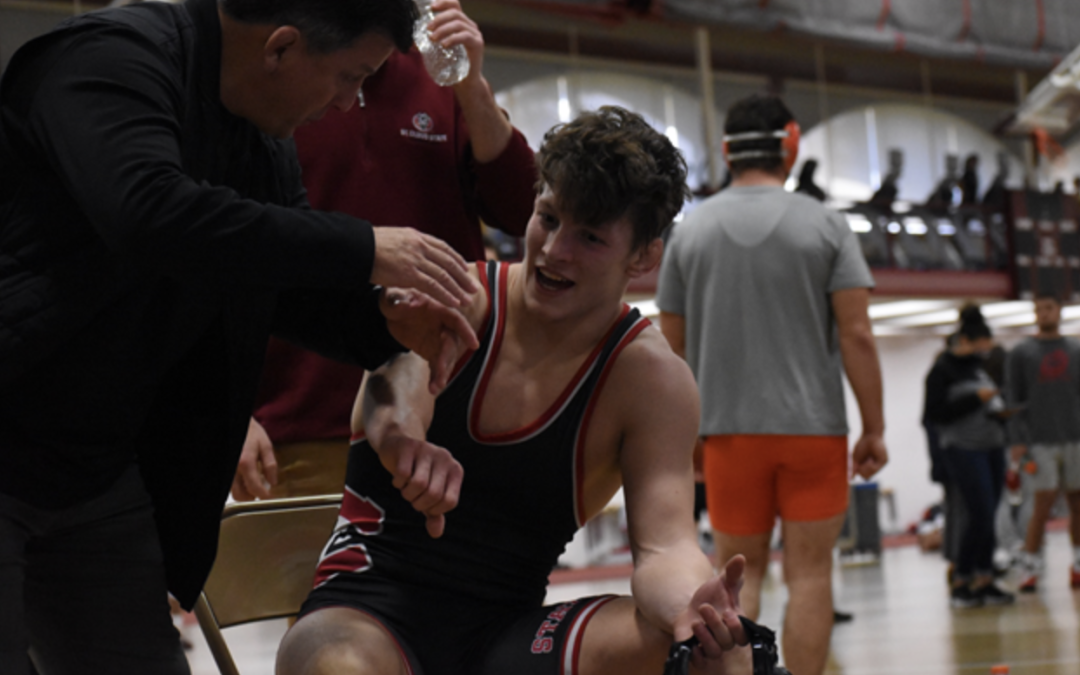 The men’s wrestling team is aiming to keep their consistent wins like they have in the past. Photo Credit Ethan Halverson

Over the past seven years the Saint Cloud State Wrestling team has been a dynasty at the division II level. With five national championships over the past six you’d think there’d be a great level of disappointment if a championship isn’t won at the end of each season. While it may be in the back of each wrestler’s mind it’s also something head coach Steve Costanzo realizes as well.

“I know it’s in the back of everybody’s mind and championships are important to us, they’re important to this program but what’s more important is staying consistent on a day to day basis with the way we train and the way that we live our lifestyles”, Costanzo stated. “I think there’s a high level of expectation in this program each year. Obviously not only to do our best but to go out and stay consistent but also to compete at our highest level”.

The Covid-19 pandemic has changed so many lives. It’s also made many of us grateful for everything we have. After the cancellation of the 2020 national championship tournament it made the team realize just how special their last national championship was. “When you lose something that means so much to you, it hurts. We had a lot of kids hurt in that 2019 2020 for not being able to compete at the national championships. So that following year when we were given a season while it wasn’t a big season there wasn’t a lot of competition so we felt gratitude to be back together training in the room.”, Costanzo stated.

As the team begins a run for another national championship, winning a fourth straight championship will surely be in the back of every wrestler’s mind.