Burning of the Press Bar Set for Trial this May 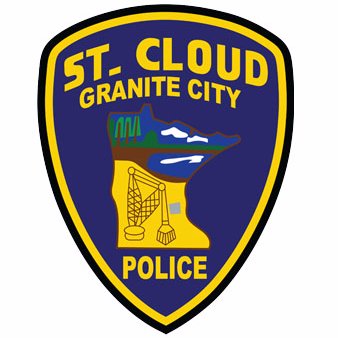 The Press Bar Owner Andy Welsch Trial is scheduled for this spring after, being charged on federal indictment charges, when he burned down his bar February 17th,2020. The Press bar was in Downtown St. Cloud located at 502 West Saint Germain Street.

Welsch had first experienced controversy in Nevada after his first ownership of the Horseshoe Club in 2008, originally owned by a married couple Debra Smuda and Rodger Mensing. After the death of Rodger Mensing in 2010, Stepdaughter Jessie Welsch and her

husband Andy offered to help run the bar. The Horseshoe Club in Elko Nevada experienced a high number of fight, stabbings, and serving customers under 21.

After the Nevada Controversy, Welsch was able to purchase the Press Bar in downtown St. Cloud in 2016. The Press Bar would later experience the same controversy that the Horseshoe Club experienced in 2015.

Welsch owned the Press for Four years, when it was figured out that his bar was declining in 2020. The Press Bar was declining so fast, that Andy had to cut hours and stop serving tap beer to make money for his bar said former bartenders.

In February 2020, Police and Fire fighters responded to a call from Cowboy Jacks, and the residents who lived at the near apartments of apparent smoke coming into their building. When authorities got to the scene, they saw that The Press Bar was ingulfed in flames.

Authorities later looked at the surveillance footage, were they noticed a white 2015 Acadia SUV which belonged to Welsch. Authorities saw that he was the last person to enter and leave the bar. Later they would obtain a search warrant for Welsch’s phone records and noticed that he did not respond to his employees’ text about his bar burning down.

On February 29th, 2020, the St. Cloud Police Department executed a search warrant at Welsch’s Sauk Rapids residence. There they found Andy in his truck with $1,984 and Ronsonol lighter fluid. Authorities placed Welsch under arrested after seeing what he had in his truck.

It was determined that Andy had burned down the Press Bar because he owed money for the Contract and owed money to his ex-wife from the divorce. He had approximately $1.3 million in insurance for building repairs, and about $300,000 for equipment repairs which was his motive for burning down the press.

Many of the employees weren’t surprised that Welsch committed this to his own bar, as the bar was declining in sales. “Initially yes, I was shocked when I knew it was on fire. I instantly joked that Andy committed the arson, because his bar was declining”, said Former Press Bartender

Welsch is being charged with two counts of First-degree arson, that has a maximum sentence of 20 years. Welsch’s trial is scheduled for May 16th, 2022, at Stearns County Court House.