2022 Status of Women and Girls in MN Webinar at SCSU 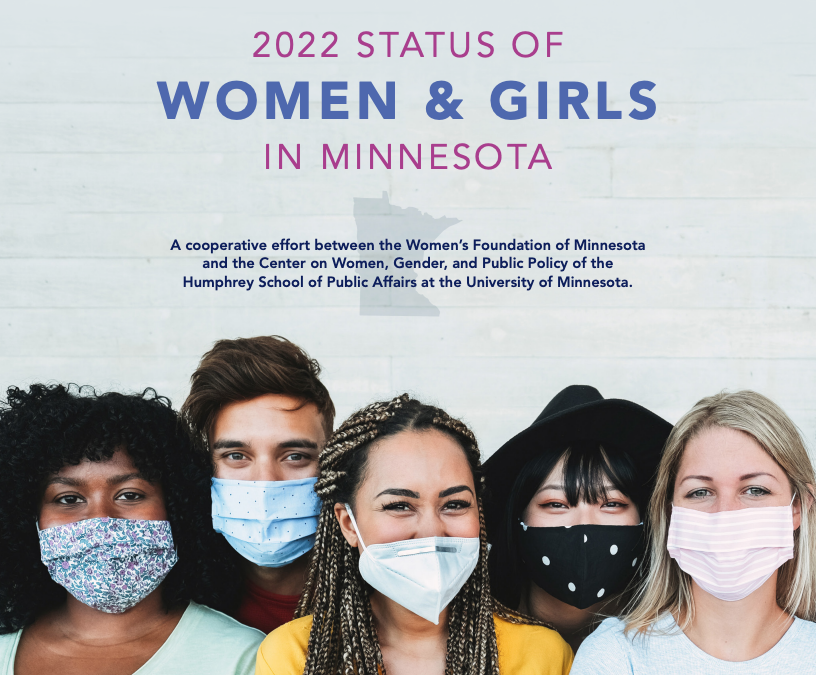 The 2022 Status of Women and Girls had a watch party at SCSU. Photo Courtesy of Women’s Foundation of Minnesota

The Women’s Center at St. Cloud State University hosted a watch party for the webinar “2022 Status of Women and Girls in MN” at Voyageurs South in Atwood on March 17, 2022, from noon to 1 p.m. Students and faculty could also register for the zoom. This event was hosted by the Women’s Foundation of Minnesota. Gloria Perez, Dr. Christina Ewig, and Shawntera Hardy were the panelists who discussed solutions from their research about the realities women and girls in Minesota face.

Dr. Christina Ewig is the Lead Researcher and Faculty Director of Center on Women, Gender, and Public Policy at the Humphrey School of Public Affairs of the University of Minnesota. Shawntera Hardy is the Chief Culture Officer at Civic Eagle and Founder of PolicyGrounds Consulting and an award-winning public policy professional. Gloria Perez leads the webinar as the Women’s Foundation of Minnesota President and CEO.

These three women talked about economic, social, and political struggles women face and the potential solutions. Not only did they talk about women’s struggles, but also, they talked about intersectionality and the struggles for women of color.

The presentation began with describing how their research is meant as a tool of action. Shawntera Hardy said, “What you inspect is what you improve.” When someone is analyzing a system where women are treated unfairly, they want to make changes and improve that system. Addressing inequity in the fields of work was a main topic brought up during the presentation.

The first topic brought up was economics. In five years, the wage gap has not narrowed. “On average, women in MN lose an estimated $447,960 in lifetime earnings just due to the gender wage gap,” said Dr. Christina Ewig. This number is just an average; women of color lose more.

With the idea of violence, Gloria Perez also brought up police violence, discipline and incarceration. Black girls in Minnesota are 10 times more likely to be suspended than white girls. Perez also brought up the discussion of stereotypes and the idea of adultification. Adultification is when adults view children as more mature than their age. Black girls in schools are viewed as more mature.

There was discussion of the missing and murdered Native American women in Minnesota. In Minnesota, Native American women are murdered at a rate of 7 times that of white women. Since 1919, there have been 147 cases of missing and murdered indigenous women in Minnesota, 86% occurred in the year of 2000 or later. “This is not just an indigenous issue, this is an issue for all of us,” said Gloria Perez.

The final topic was health. Since the beginning of COVID-19, access to care has been diminished. As a result, more individuals from communities of color have died. Women’s health has plummeted as well. 1 in 5 black women and 1 in 3 women reported they could not see a doctor because of costs in the past year.

Gloria Perez finished the topic of health and safety by implementing a solution. The solution for safety is to have a conversation and recognize that intersectionality exists in the community.

Gloria Perez wrapped up the presentation when she said, “Nothing happens without leadership.” Women need to be supported and encouraged to fill leadership roles.

The 2022 Status of Women & Girls in Minnesota is available to watch on the Womens Foundation MN YouTube channel. To learn more, you can also read the 2022 research report posted on their website.