Men’s Hockey Looks to Talented Offense, Defense to Lead the Team to Victory 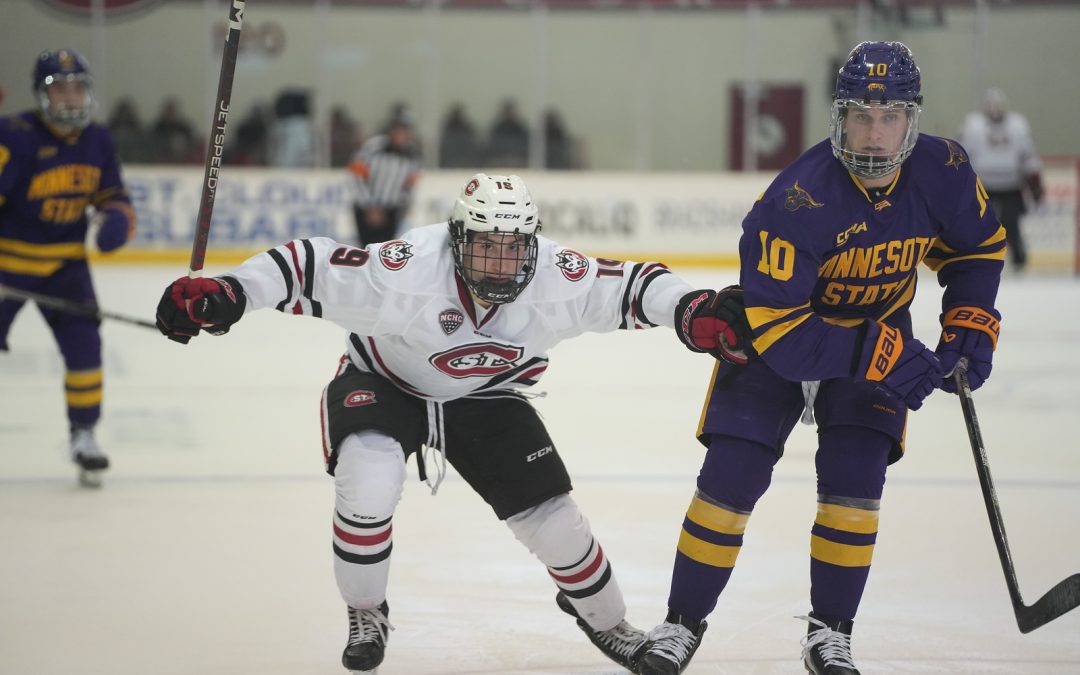 The men’s hockey team is set to travel to Denver, Colorado to take on the Denver Pioneers this weekend. This will be an important set of games for both teams as the Huskies are taking on their first NCHC series of the season and the Pioneers look to go 4-0-0 in conference play.

The Denver Pioneers won the National Championship last season and have a star-studded lineup. With players like McKade Webster, Magnus Chrona, and Justin Lee, the Huskies have a hard set of games ahead.

SCSU will have to rely heavily on their offense. With transfer Grant Cruikshank tied for first on the team in points and first in goals, he will be a key player in this NCHC series. On the other end, transfer Dylan Anhorn is tied for first in points and is first in assists. He will be the Huskies’ defensemen to look out for as he is lethal on all ends of the ice.

With how the season is going, most people would assume Jaxon Castor will start in net on Friday. Castor, a native of Phoenix, Ariz., has been a huge reason for the Huskies’ success, putting up a .938 save percentage and letting in an average of 1.51 goals per game.

Additionally, one would assume that Dominic Basse will be in net on Saturday. Basse, a transfer coming from Colorado College, has posted a .945 save percentage and has a goals against average of 1.25, which is leading the team in both categories.

This weekend’s series is one the Huskies need to win as it is their first bout of conference play and they are coming off a tough weekend, splitting the series with Bemidji State. Friday night’s loss is something that head coach, Brett Larson, and the players are not happy about.