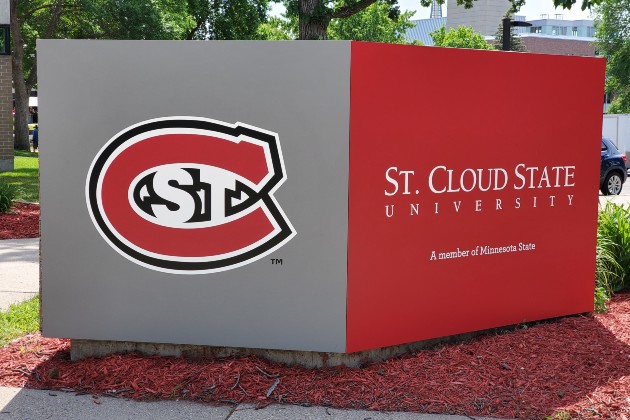 St. Cloud State’s homestand started with a tough matchup against No. 13 Minnesota State- Mankato on Friday, October 7th. The Huskies were down 1-0 for most of the match, before sophomore forward Megan Kirby tied the match up at one in the 80th. minute. The tie didn’t last longer than five minutes, as the Mavericks saw an unassisted goal from Jenny Vetter in the 85th minute give them the late lead, which they never relinquished. Kirby continues a breakout sophomore campaign for the Huskies, sharing the team-lead in goals with four.

Sunday, October 9th saw great defense from the Huskies and NSIC rival Concordia St. Paul. The match saw a dominate performance by the Husky defense, as they gave up just two shots on

goal. The Golden Bears were similarly unrelenting, surrendering just five shots on goal to SCSU. Evie Kohn recorded two saves on her way to her fifth shutout of the season and the 10th of her career. The five shutouts this season give her the sixth-best mark in program single-season history.

SCSU moves to 4-5-4 overall and 3-3-4 in conference play. After four straight home matches, the Huskies will spend their next three matches on the road.