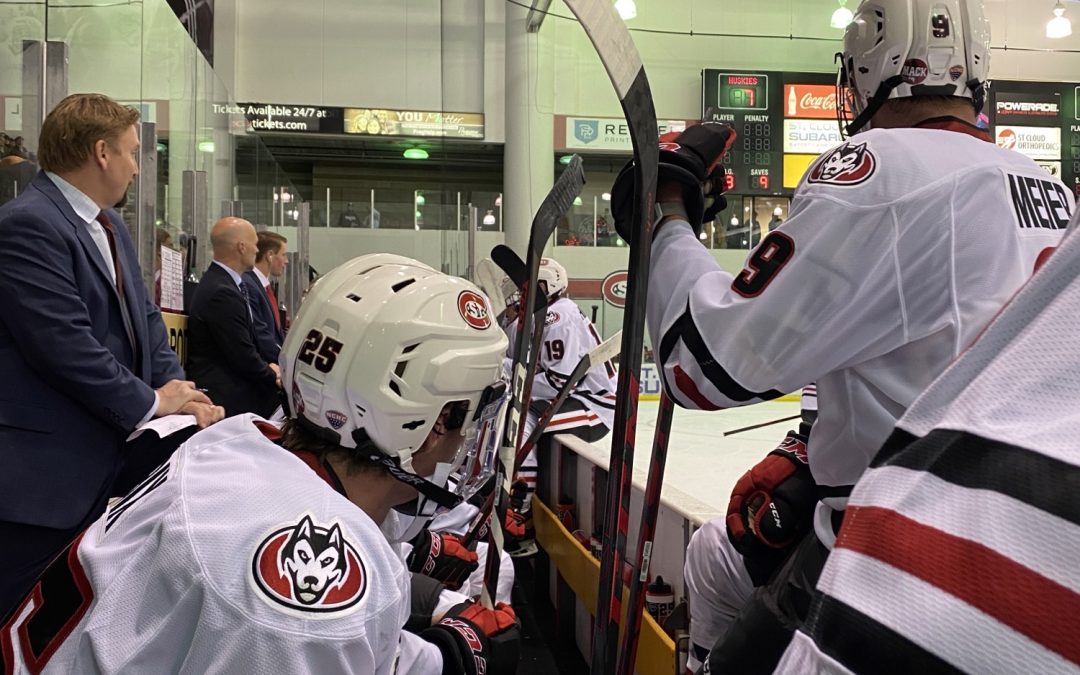 Inside the box with the Husky Hockey Team. Photo Credit Ryan McNamara

A difficult October schedule started for the St. Cloud State men’s hockey this past weekend. The men’s team took on the USCHO top ranked MSU-Mankato in a series of two games on Friday, October 7th and Saturday, October 8th. The Huskies lost 1-0 in a close battle to the Mavericks on Friday night, as the offensive lines were unable to find the back of the net. The men’s team came back on Saturday looking to even the series. After scoring two goals early in the 1st period, they never lost the lead, winning 3-1 against the previously undefeated Minnesota State – Mankato.

Mason Salquist scored his first career goal in the Huskies win, as Veeti Miettinen and Nolan Walker also chipped in a goal apiece. David Hrenak continued his strong senior season, giving up only two goals on 50 save opportunities during the series. The Huskies sit at 3 wins and 1 loss on the season, and they are outscoring their opponents 17-4. Next, the Huskies gear up for their homecoming weekend series against the University of Minnesota, who are currently ranked 4th in the most recent USCHO poll on October 15th and 16th.