Huskies Mistakes Bury Them, Fail to Seize Momentum in Nebraska 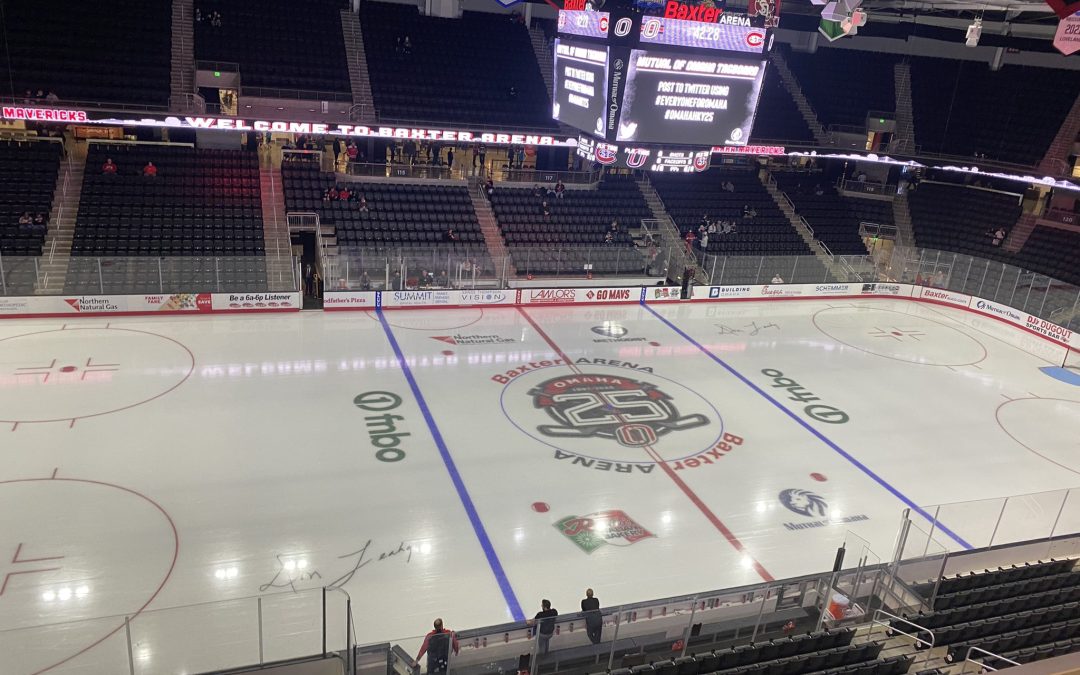 Omaha, NE – Momentum is a funny thing. The St. Cloud State (SCSU) Men’s hockey team had loads of it coming into this weekend off of a four-point series against their bogeyman Western Michigan. The University of Nebraska Omaha (UNO) meanwhile was reeling. Coming off a potential NCAA bid killing series against Miami where they were swept, the Mavericks were not in a good spot.

The script was flipped on Friday night in Baxter Arena. St. Cloud State found themselves behind a goal multiple times in the third period.

First, it was a 2nd period goal from Omaha’s Matt Miller on the power play that put St. Cloud behind. The Huskies entered the 3rd period needing comeback from at least the one goal and they did. On the powerplay early in the final frame, Husky Graduate forward Kevin Fitzgerald was able to bang home a rebound off a Spencer Meier one-timer to tie the game at 1-1.

Omaha started and finished the game 2-for-2 on the man advantage.

“They took advantage of a couple of our mistakes,” said SCSU Associate Head Coach Dave Shyiak. “Obviously can’t give up two powerplay goals in a game. That first one was on a zone entry. I think that’s the first entry goal we’ve given up all season on our penalty kill.”

Behind the eight ball once more, the Huskies fought back. Defenseman Ondrej Trejbal scored on a one-timer just two and a half minutes later to tie the game a second time for SCSU at 2-2.

But one more time, momentum wasn’t a thing this weekend. The tie game lasted two minutes before Omaha retook the lead. The Mavericks executed a picture-perfect passing sequence on a 3-on-2 rush capped off with a Jimmy Glynn backhander to beat David Hrenak. 44 seconds later, Ty Mueller pushed the lead to 4-2, and the Huskies were dead in the water.

“We ended up tying it, but we just gave the mojo right back to them both times,” Shyiak said. “It can’t happen. We talk about it a lot, carrying momentum. It’s funny because we thought we outplayed them. We had the puck a lot.”

UNO’s Brock Bremer added the cherry on top with an empty net goal in the final minute to deliver SCSU their 4th loss in their last five games.

Austin Roden finished with 31 saves on 33 shots on goal for Nebraska Omaha while Hrenak stopped just 16 of 20 for the Huskies.

Lost in the failure of Friday night’s loss was the return of Head Coach Brett Larson to the Huskies bench. Larson arrived to Baxter Arena just 90 minutes before puck drop after returning from the Olympics in Beijing on Friday afternoon.

Along with Larson, fellow Husky Olympians Sam Hentges and Nick Perbix are back as well for the cardinal and black.

Now, St. Cloud looks to bounce back on Saturday night. Could help be coming from the aforementioned Hentges and Perbix? That wasn’t made entirely clear.

“They’re not going to play today,” said Shyiak before Friday night’s game. “They had probably a 36-hour day without any sleep. They need some rest. Excited to have them back though for sure.”

It would be difficult for the two to turn around and play on Saturday, but the Huskies have done this before. In years past, players returning from the World Junior Championships have come back to play in the Saturday game.

The Huskies could certainly use the boost as well, whether it comes Saturday or Tuesday against Minnesota-Duluth. SCSU is now 1-3-2 since the Olympic trio departed after their series in North Dakota. Since the departure, the powerplay has tanked going 4-for-20 (20%), the penalty kill is below 70%, they’re allowing 3.83 goals per game, and are scoring just 3.00 goals per game. All of those numbers are worse than before the group left.

If the help doesn’t come from Hentges or Perbix, there are certainly plenty of guys still in the line-up that could use a jumpstart themselves.

Shyiak didn’t name any specific names, but you can bet your bottom dollar that Easton Brodzinski and Nolan Walker are lumped into that group. Over the past eight games, the two have combined for no goals and five assists.

Whether it’s the return of Perbix and Hentges or the upper classmen returning to form, St. Cloud heads into Saturday looking to avoid their 3rd winless weekend in the past month.