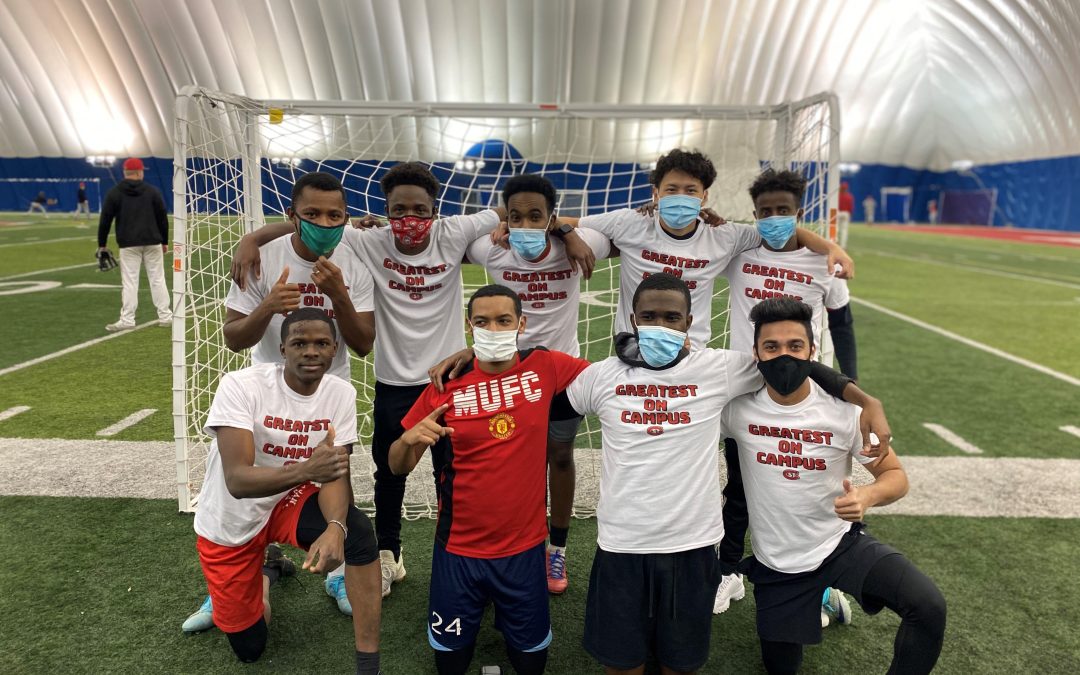 Team Greatest On Campus celebrating a win from a soccer match in the fall. Photo Courtesy of Campus Recreation

While many organizations and clubs have been affected by the on going pandemic, Campus Recreation has seen a massive turnout of students for their intramural sports and activities.

In the fall of 2021 Campus Recreation reported a total of 2,700 students participating in Campus Recreation intramural activities including a seven on seven soccer tournament, flag football games, badminton matches and even a bench press contest.

“We’ve had over 720 students participate in the few events we have hosted the past few months and I feel like those numbers will only go up there,” said Director of Campus Recreation Calvin Diggs, “Five on five basketball has been our biggest event so far this month.”

Other events hosted this month by Campus Recreation included a billiards tournament, a rocket league competition and a pick up and play Mario Kart tournament in the E-Sports lounge. “We were hearing from students at these tournaments that they are already playing these games in their dorm halls so we want to continue to host them so students can feel more involved on campus,” said Diggs.

Diggs noted that there will be a continuation for more video game based events including a Fortnite tournament later in March and a FIFA tournament to follow in April.

Not only will the video game tournaments continue into the spring but there will be an ice hockey shootout contest on March 28th, a soccer tournament March 30th and a new game called Can Jam where students will be throwing a frisbee into a metal garbage can cut in half for points.

While remote learning and activities on campus seem sparse, Diggs gave a shoutout to administration and the MinnState system for keeping students involved and getting them out of their dorms, “students needs things to do,” said Diggs, “I feel like Campus Recreation has done a lot of good things and administration has listened to us and lets us keep the buzz going.”

Diggs told the University Chronicle that students should be on the lookout for an announcement from Campus Recreation about the upcoming spring break trip where they will be traveling to five national parks for ten days.

For more information about events and activities from Campus Recreation, take a look at their website for their schedule and times.