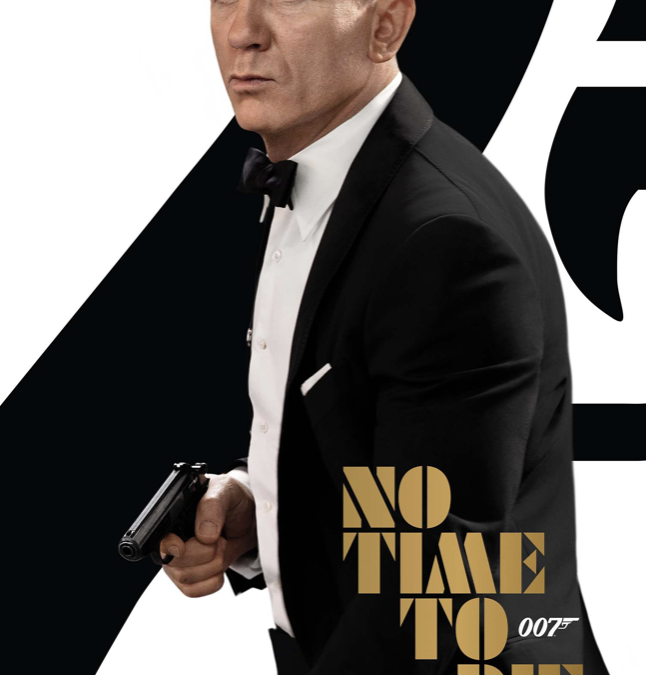 The latest Bond film, No Time To Die is the final chapter of Daniel Craig’s James Bond. Craig has been James Bond for 15 years, he has been our current generation’s James Bond. I was 5 years old when Pierce Brosnan was last James Bond, and 9 years old when Daniel Craig made his Bond debut in Casino Royale, my personal favorite of Craig’s Bond movies. It’s safe to say that this movie marks the end of a generation of a very action intense and brooding James Bond, and it’s up to director Cary Joji Fukinaga to find a fitting end to Daniel Craig’s 007, and in my opinion, he delivers with a fantastic ending for a fantastic Bond.

No Time to Die is a lengthy movie, it is the longest of any James Bond movie at 163 minutes, and while I enjoyed most of this movie, I feel the length kind of drags to the movie, I feel several parts could have shortened or cut out entirely, but I respect the director’s approach to give Daniel Craig even more time in the sun, in his final movie. Daniel Craig shines again as Bond, his portrayal of the character really lets the audience feel the sadness of his past, and why he continues to run from it, and when he finally decides to let go of the past, his world is again turned upside down by Spectre, and Bond once again runs from a heap of trust issues and judgements that aren’t entirely correct.

The cast, while mostly established from the previous films, adds Lashana Lynch as the new 007, Ana de Armas as Paloma, and Rami Malek as new Bond villain Lyutsifer Safin. The established characters of Q, Moneypenny, M and Madeleine Swann are all great in their roles, with Swann being James Bond’s love interest for two movies in a row, I know right? That’s definitely a new look for the series, or at least, a look that hasn’t been done in over 50 years. The new cast members, I admit, didn’t amaze me. Rami Malek’s Lyutsifer is planted into Madeleine’s history and becomes who he is because of Madeleine’s father, Mr. White, who we have seen in Casino Royale, Quantum of Solace, and Spectre.

I find that his character never really gets off the ground. His motives are very generic and Bond villianesque, and only because of a strong acting performance by Rami Malek and Léa Seydoux, is why I’m giving him a pass as a Bond villain. Lashana Lynch’s Nomi, is given the not so enviable task of being the new 007 in this movie, and while it is brought up a couple of times, I feel as though they kept whacking the audience in the head with the new change, rather than showing us what the new 007 could really do on her own. She is almost always opposite of Daniel Craig’s Bond, which makes sense because it is a Bond movie. I think they could have given her a little bit more time in the sun. Ana De Armas’s brief appearance as Paloma, which was entirely wonderful and great, was too short. They definitely could have added more Paloma scenes to this movie, and I hope her character comes back in future Bond movies.

All in all, without spoiling the movie, No Time to Die is not a perfect movie, it’s not even the best of the Craig’ Bond movies, but what it does do is deliver a wonderfully intense action movie, with lots of emotional moments sprinkled in that allow Daniel Craig to walk off the set as, in my opinion, the best James Bond to ever do it. I give this movie a 4 out of 5 Huskies.