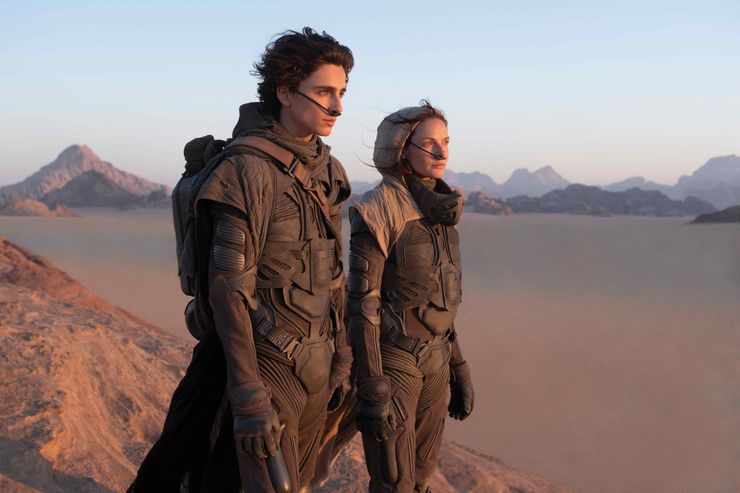 Image from the movie Dune. Photo Courtesy of Screenrant.com

When I was younger, I was an avid reader of fantasy books. Things like Percy Jackson, Eragon, and when I was a bit older, the classic Lord of the Rings and The Hobbit. Science fiction, on the other hand, was not my forte. I loved Star Wars, but you can argue that it is more of a space fantasy than true science fiction. Then, I read Dune. Dune was a heavy read for a 14 year old, but it launched my love for science fiction, well, out of orbit. I read Ender’s Game after it, and watched tons of Star Trek, but nothing really quite lived up to the book. Even the 1984 Dune movie did not live up to my expectations. I mentioned Percy Jackson and Eragon earlier, and I mention them specifically because of their absolutely horrendous movie adaptions that pretty much destroyed my love for the respective series and drained me of faith for book to movie adaptations. Obviously you have the Lord of the Rings movies and the Harry Potter franchise to point as successful “franchises” from book to movie, with their movies being almost on par with the books, and the more recent Hunger Games movies, which while not as good as the books, were hugely successful, but this adaptation by Denis Villenueve, got it right, so right.

While obviously some parts of the book are left out or touched on very little, Denis Villenueva takes the source material and adapts it to the big screen in a way that David Lynch’s Dune never came close to. The casting choices were all absolutely superb, Timothée Chalamet’s Paul Atredies comes across as inexperienced but willing to learn more, and gives off a royalty vibe just by looking at him. Oscar Isaac shined as Leto Atreides, he portrayed a loving father and a peoples’ leader very well. Rebecca Ferguson, who besides Timothée Chalamet, had the most screen time and I think she did very well with trying to balance being a loving mother and a member of the Bene Gesserit, with the future of the universe on the line. My favorite character in the books, Duncan Idaho, was portrayed brilliantly by Jason Momoa, whom while I love him as a person, I personally thought he was a weaker actor than the rest, and I am glad to be proven wrong, he did a fantastic job. Stellan Skarsgård as Baron Vladimir was perfectly portrayed as a greedy, merciless villain, and the special effects on his character really made me nervous to just be watching him. Dave Bautista and Zendaya both play important characters in the books, but in part one of this story, they are not really on screen enough to judge them.

This movie establishes the backstory and characters in a really rewarding way, nothing feels super rushed, even though the source material went on for chapters establishing characters, Villenueva does an amazing job of pacing the movie, and making me forget that this is only the first part in his Dune anthology, because when the movie ends, I wanted more, and the movie is two and a half hours long. Like that’s a pretty good amount of time sitting in a movie theater, and I still didn’t want the movie to end. Without spoiling too much, Villenueva sets up a thriller of a sequel, while also supplying a satisfying and enjoyable part one that never feels dull. The special effects are amazing, and the score is extremely satisfying to the ears, and helps set up the atmosphere of all the different planets well. I said satisfying a lot in that paragraph but that definitely is the word I’d use to describe this movie.

All in all, this story is a childhood favorite of mine, and many others, and Villenueva is on the right path in appeasing the hardcore fans of the series, while also not alienating casual audience members in the process. I give this movie 4 and a half out of 5 huskies. I suggest anyone who enjoys movies to see this in a theater, and not rent it on HBO Max, unless you have a killer home theater setup.