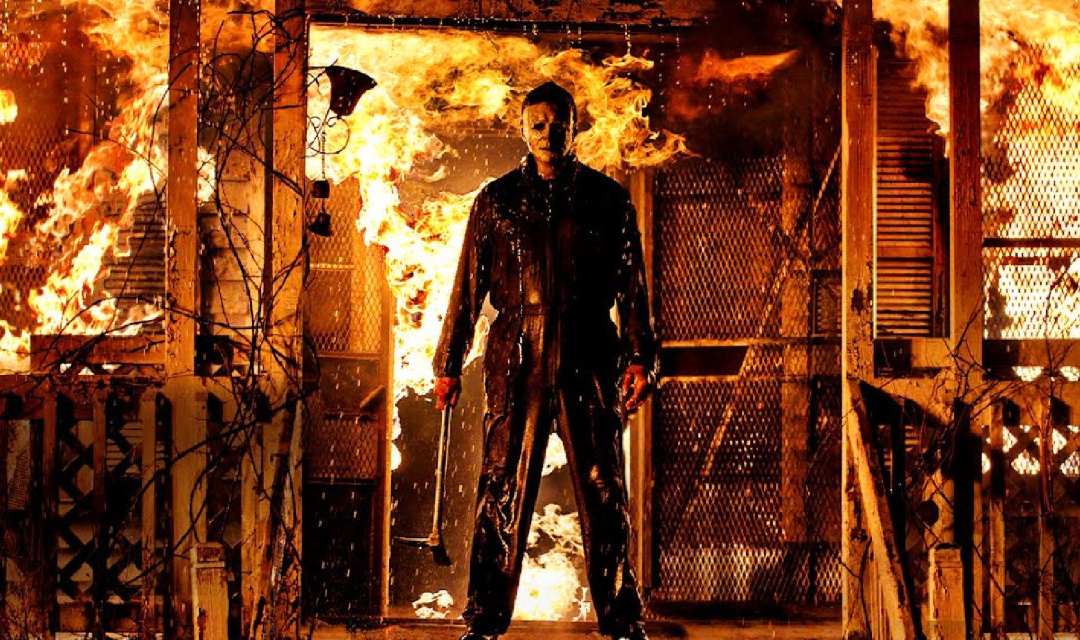 Michael Myers returns for the sequel to the 2018 Halloween. Photo Courtesy screenrant.com

For those who are not as familiar with the Halloween franchise, the series focuses on Michael Myers, who was committed to a sanitarium as a child for the murder of his sister, Judith Myers. Fifteen years after being sent to the sanitarium, Michael escapes with the intention to murder people in the town of Haddonfield, all of which occur on Halloween.

I think it was actually a great idea that the producers made in 2018 to practically erase the prior events and restart the series in 2018. The 2018 version was actually my first time being exposed to the franchise, and I was hooked immediately. Since then, I have seen most of the films in the franchise and haven’t been disappointed one bit.

I thought that this sequel to the original 2018 sequel was impressive and actually shocked me. I felt that it brought some of the old stories to a full circle and provided closure.

“Halloween Kills” features Michael Myers as he escapes from Laurie Strode’s trap to continue his ritual Halloween night killings. Even while injured and at the hospital, Laurie fights through the suffering and pain as she and others fight to rise up and take Michael down for good. Unsatisfied with how the local police are handling Michael’s escape, they take the task into their own hands. The Strode women and survivors of Myers attacks form a mob to get him and end his murderous ways once and for all.

I do feel there was a lot of melodrama at times, but by no means was it a bad movie. Just a handful of instances where you could kind of sense something was about to happen. I still jumped a few times, even with those moments present within the film. Without ruining the movie, there are some scenes where you can kind of guess that Myers will appear and start his specialty of killing. There were also some scenes where you would almost want to shout at the movie screen because of how obvious it was that Michael was there and in the house. Again, it was still a great movie!

One interesting thing to note is that there will only be one more film in the franchise before it is closed out. I think that had COVID-19 not occurred, “Halloween Kills” would’ve been released last year, and this year could have had the final movie.

Overall, I’m impressed with what they did for this sequel to the 2018 film. A lot of the characters from the original 1978 film were in this sequel but from a grownup viewpoint. Jamie Lee Curtis was in more of a supportive role, which wasn’t as disappointing as I originally thought. I think it allowed the other characters a chance to round up their storyline. As for a rating, I give “Halloween Kills” 3/5 huskies. I look forward to seeing the next chapter in this franchise!

You can see “Halloween Kills” in theaters or stream it on Peacock.