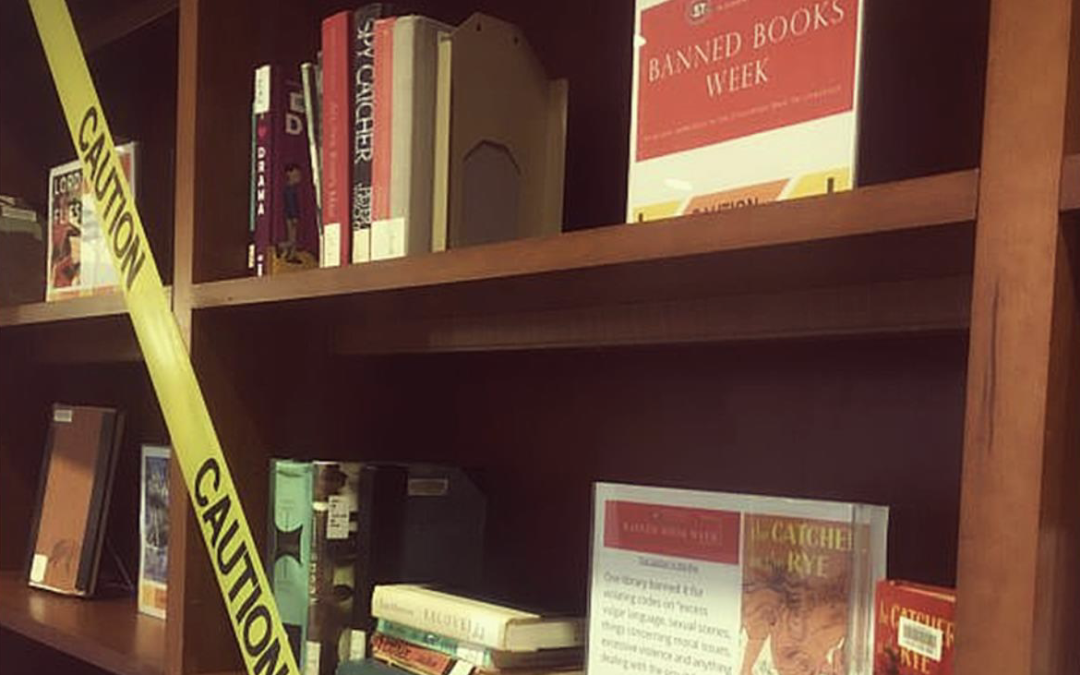 The University Library’s Banned Books Week display holds all the banned books in its collection. Students can check any of these books out at any time. Photo Credit Catherine Laudenbach

The University Library Student Advisory Board gathered on September 29th to host their first Banned Books Reading. Students, staff, and faculty alike gathered to read passages of books that are banned or challenged in many areas of the U.S.

Some of the books read, such as “And Tango Makes Three”, were banned for homosexual tones that was considered unsuitable for children. Some, like The Bluest Eye and The Handmaid’s Tale are banned for explicit sexual content and overtones. Even Captain Underpants has a serial tendency to get banned for reasons ranging from violence to partial nudity to having a gay main character.

Among those in attendance was the Dean of the Library, Rhonda Huisman, who read an excerpt from To Kill a Mockingbird, which is currently banned in Duluth’s public schools for its handling of racial inequality.

“We are hoping to make this an annual event,” said Jennifer Quinlan, a student success librarian, “we are excited about celebrating books in this way.”

The event replaced the Library Lawn Party, an outdoor gathering featuring free food, music, and games, as the mid semester library event this year. The Advisory Board is hoping to host both in future fall semesters.

As of 2020, over 273 books have been challenged or banned for library or school use. In Minnesota, the most prominent books that are banned in schools are Huckleberry Finn and To Kill a Mockingbird.

According to the official Banned Books Week website, “[it] brings together the entire book community — librarians, booksellers, publishers, journalists, teachers, and readers of all types — in shared support of the freedom to seek and to express ideas, even those some consider unorthodox or unpopular.”