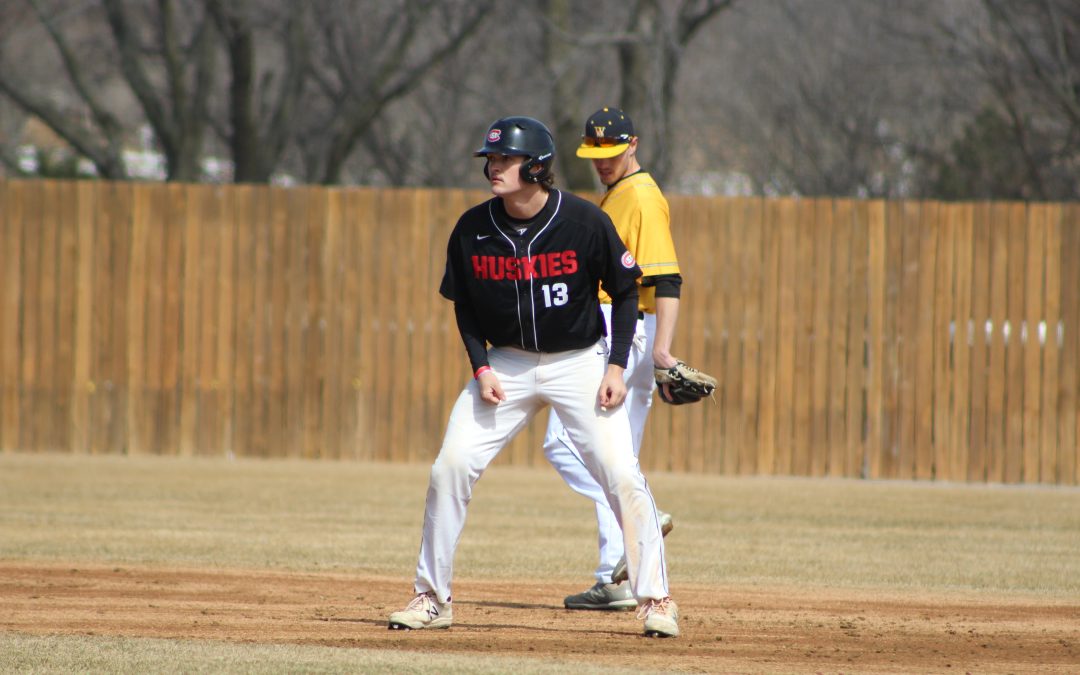 A close game for the Huskies with a 15-13 loss. Photo Credit Mason Diaz

BRANDON, SD. – The University of Sioux Falls (15-13, 7-6 NSIC) snapped St. Cloud States’ (15-10, 7-4) six game win streak in a battle of offenses at First National Bank Field Monday afternoon. Through three innings, the Huskies had a commanding 6-1 lead. The Cougars would go on to chip away at the lead scoring in four straight innings capped off by a five run seventh to take an 11-8 lead late. St. Cloud State tried to battle back but was only able to get one back in the bottom of the ninth off an RBI single from true freshman Ethan Navratil (1-for-4, RBI, BB). USF completed the comeback to take the series finale by a final score of 11-9.

In the top of the seventh inning, SCSU committed a costly error that allowed the Cougars to extend the inning. USF combined three hits with five runs to take a lead for the first time since the top of the first inning.

“It’s frustrating not being able to complete the sweep when we put ourselves in a great situation to do so. There were some unfortunate mistakes that we usually don’t make, and you have to credit Sioux Falls for capitalizing. Still a good weekend being able to win two of the three and we’re excited for our first home series coming up.”

St. Cloud State will play their first actual home series of the year at either Joe Faber Field or Dick Putz Field this upcoming weekend. The Golden Bears of Concordia St. Paul are coming to the granite city for a weekend series on April 9th and 10th. Saturday will feature a night game with first pitch at 5:00 p.m. CT and Sunday will be a double header at Noon CT and 2:00 p.m. CT.