The Bat-Signal shines bright with The Batman 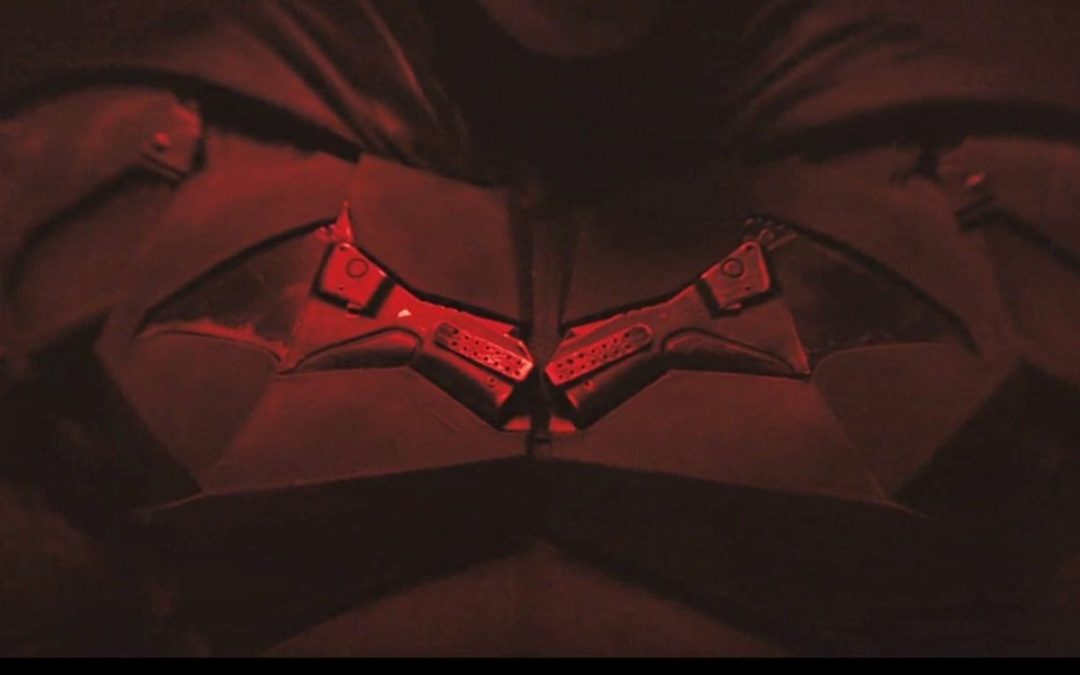 Photo of the Batsuit, photo courtesy of Wiki Commons

Starting with the titular crimefighter himself, Robert Pattinson is absolutely fantastic. Due to the story taking place when Batman has been in Gotham for at least two years, Pattinson plays the character with a vulnerable yet ferocious intensity, which is not only refreshing compared to other live-action versions of the character, but the film has him portrayed in a way where we the audience see him less as a crusading vigilante, but a broken man who’s become a darkened recluse, a shadow of his former self. While this dour energy carries over to Bruce Wayne, I’d say it still works. One could argue that there isn’t much distinction between Bruce Wayne and Batman, and while I understand the argument, I think it’s fitting for someone like Wayne to become recluse after being Batman for close to two years. The film even mentions that since his two years as Batman, the persona has consumed him, taking over his personal life and warping his psyche and I find that interesting. One of my favorite elements of this portrayal as Batman, is that we often see him through the point of view of the criminals he fights, meaning he’s legitimately mysterious and intimidating. We see criminals shudder at the sight of the Bat-Signal in the sky, look twice at dark corners of the city with uncertainty, and question if what they’ve heard about The Bat is even real. When he first appears, his presence is felt like a slasher antagonist; slowly piercing through dark alleys, only hearing the pounding of his footsteps, and pummeling those who are foolish enough to get in his way.

The detective side is also explored, with the many crime scenes and puzzles from Riddler, this version of Batman truly shines as the World’s Greatest Detective. One aspect I didn’t expect was the challenging of Batman’s impact on both criminals and everyday citizens. What I mean is that criminals obviously fear him, but the film questions if the fear tactics are working, and this goes further with the citizens. They’re afraid of him as well, and throughout the film, Bruce grows to realize that Gotham needs a different Batman, one that can inspire both fear and hope. There’s a very powerful scene near the end of the film that plays with this idea, and without giving too much away, it’s the most emotion I’ve felt watching a Batman movie in a long time. With this strong acting from Pattinson, the rest of the cast is great as well. Paul Dano’s Riddler is not only terrifying in and out of costume but has such a strong presence that he can stand toe to toe with Heath Ledger’s Joker in terms of villains that just own the scene whenever they’re onscreen.

Jeffrey Wright’s James Gordon is also great, who has great chemistry with Pattinson. Colin Farrell as Penguin is one of the standouts to me, with his makeup making him unrecognizable Farrell just disappears in the role and hams it up, giving the film brief but welcome moments of cheese. Speaking of which, despite the film’s grounded and often dourly gothic tone, the film does have nice moments of humorous levity sprinkled throughout. They’re not legitimately hilarious nor are they annoyingly eye-rolling. Moments like Penguin waddling with his handcuffs on, Batman trying to enter a nightclub through the front door instead of sneaking in, investigating a computer with a “thumb drive”, and some banter with Zoë Kravitz’s Catwoman aren’t frequent, but are small additions that are welcome. Another element that isn’t frequent, but welcome is the action. The Batman doesn’t have as many action sequences as you’d think, but when they happen, they’re great. From the opening sequence at a subway station to a car chase with the Batmobile, they’re all intense, fast, and are executed well visually. The visuals overall are great as well. With cinematography from Greig Fraser, Gotham is given a gothic yet grounded atmosphere with stunning lighting and color. Much like 2019’s Joker, you really feel the decrepit and cruel nature of Gotham City. Accompanying all of this is the amazing musical score by Michael Giacchino. The score not only bring the gothic nature of Batman (calling back to Danny Elfman’s score) but bring much weight to the detective story and action sequences. It’s honestly incredibly refreshing to have a superhero film have great emphasis on the musical score and how it’s used, which makes some moments in the film much more impactful because of the score.

Despite all these qualities, there are some minor problems. While the nearly three-hour runtime kept things engaging and never felt like it was wasting time, there were a few moments in the later portions of the second half that dragged. It wasn’t enough to derail the pacing, but it was still noticeable. The connection between Catwoman and Batman could’ve been explored more, they initially start as partners in crime as Batman investigates Riddler’s crimes and that’s enjoyable, but the film also tries to have a romance between the two and it doesn’t work. I still cared for the characters, but I felt the film played the romance card too early, making their chemistry and more emotional scenes together not as impactful as the film wants them to be.

Andy Serkis as Alfred is also underused here, Serkis is a great actor and while he does have a great scene with Pattinson in the later portions of the film, the two don’t have much screen time together and that’s a shame. I understand that the film doesn’t want to rely on the classic origin story audiences are familiar with, but the dynamic between Bruce and Alfred is unfortunately given that same underutilization. While other adaptations did that dynamic very well, The Batman doesn’t give audiences much to chew on that aspect. A smaller nitpick is the title itself. The Batman might be the most generic title you can possibly give a Batman movie, and while the number of Batman films made put the filmmakers in a corner, it still feels generic. Especially with Batman (1989) and Batman (1966) in conversation, it can be difficult to tell them apart from titles alone.

Overall, The Batman is not only one of the best Batman movies ever made but is worthy of being in the discussion of best comic book movies of all time. The detective side and younger vulnerability of Batman is on full display here, and it’s fantastic. Pattinson might go down in history as one of the best if not THE best live-action Batman, and I can’t wait to see what happens next! It’s gothic, psychological, intense, emotional, slightly humorous, it’s everything you’d want in a Batman film. If you’re still skeptical on Pattinson or the detective-driven story, I’d still recommend it, even if you aren’t a Batman fan. The Batman receives a strong score of 4.5 out of 5 Huskies!